Power of the Resurrection

Power of The Resurrection 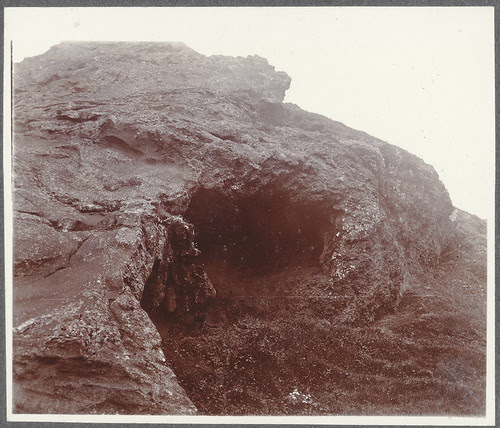 The Words: “He is risen” were spoken at the tomb of Jesus Christ.

He remained on this earth for 40 days in his resurrected body.

During this time he was seen by over 500 people.
Signs, Miracles and Wonders were done by the Believers.

Thomas is reunited with the other Eleven Apostles after being absent when Jesus gave them instruction.
They tell him of Christ’s appearance in verse 25 of John 20.

Thomas was doubtful of the resurrection of Jesus Christ, but later believes.

John 20:26-29 - And after eight days again his disciples were within, and Thomas with them: then came Jesus, the doors being shut, and stood in the midst, and said, Peace be unto you. 27 Then saith he to Thomas, Reach hither thy finger, and behold my hands; and reach hither thy hand, and thrust it into my side: and be not faithless, but believing. 28 And Thomas answered and said unto him, My LORD and my God. 29 Jesus saith unto him, Thomas, because thou hast seen me, thou hast believed: blessed are they that have not seen, and yet have believed.

This appearance was probably for the benefit of Thomas and his lack of believing.
“My Lord and my God…” means that Jesus was his Lord (Master) and represented God.

John 20:30-31 - And many other signs truly did Jesus in the presence of his disciples, which are not written in this book: 31 But these are written, that ye might believe that Jesus is the Christ, the Son of God; and that believing ye might have life through his name.

This is the purpose for these records in the Word.
They were written so that people will believe that Jesus Christ was risen, and that he is the only begotten SON OF GOD.

Let's continue in John 21:1-3 - After these things Jesus shewed himself again to the disciples at the sea of Tiberias; and on this wise shewed he himself. 2 There were together Simon Peter, and Thomas called Didymus, and Nathanael of Cana in Galilee, and the sons of Zebedee, and two other of his disciples. 3 Simon Peter saith unto them, I go a fishing. They say unto him, We also go with thee. They went forth, and entered into a ship immediately; and that night they caught nothing. 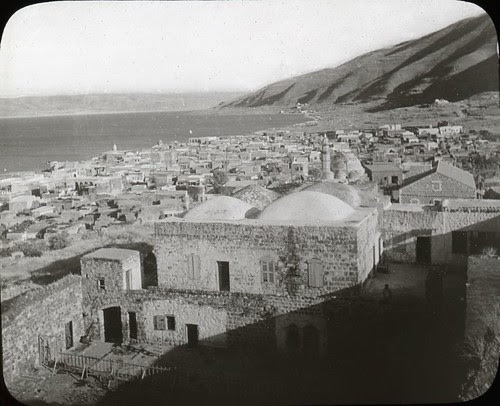 John 21:4-14 - But when the morning was now come, Jesus stood on the shore: but the disciples knew not that it was Jesus. 5 Then Jesus saith unto them, Children, have ye any meat? They answered him, No. 6 And he said unto them, Cast the net on the right side of the ship, and ye shall find. They cast therefore, and now they were not able to draw it for the multitude of fishes. 7 Therefore that disciple whom Jesus loved saith unto Peter, It is the Lord. Now when Simon Peter heard that it was the Lord, he girt his fisher's coat unto him, (for he was naked,) and did cast himself into the sea. 8 And the other disciples came in a little ship; (for they were not far from land, but as it were two hundred cubits,) dragging the net with fishes. 9 As soon then as they were come to land, they saw a fire of coals there, and fish laid thereon, and bread. 10 Jesus saith unto them, Bring of the fish which ye have now caught. 11 Simon Peter went up, and drew the net to land full of great fishes, an hundred and fifty and three: and for all there were so many, yet was not the net broken. 12 Jesus saith unto them, Come and dine. And none of the disciples durst ask him, Who art thou? knowing that it was the Lord. 13 Jesus then cometh, and taketh bread, and giveth them, and fish likewise. 14 This is now the third time that Jesus shewed himself to his disciples, after that he was risen from the dead. 15 So when they had dined, Jesus saith to Simon Peter, Simon, son of Jonas, lovest thou me more than these? He saith unto him, Yea, Lord; thou knowest that I love thee. He saith unto him, Feed my lambs.

-In the morning, Jesus, standing on the shore, instructs his disciples to cast their nets over the right side of the ship. At this point they didn’t know it was him.
-They obey, and they catch more fish than they can bring into the ship.
-One of Jesus’ disciples recognizes him and tells the rest of them.
-Peter was so excited that he didn’t wait to paddle to shore; he jumped in the water and swam to meet Jesus.
-On the shore there was a fire, and when the rest of the disciples got there they broke bread and ate fish that Jesus had prepared
-In verses 15-17 Jesus tells Peter to “Feed My Sheep” three times establishing that he was responsible for all of God’s people as a leader.

Verse 25 sums up the impact of this record beautifully.

John 21:25 -  And there are also many other things which Jesus did, the which, if they should be written every one, I suppose that even the world itself could not contain the books that should be written. Amen.

Several Of Christ’s other resurrection appearances are listed in:
I Corinthians 15:4-8 - He was seen of over 500, and of Paul

Jesus Christ’s ascension is recorded in the book of Acts 1:1-9

And the “Promise of the Father” from Acts 1:4 is unveiled in Acts chapter 2:

Acts 2:1-4 - And when the day of Pentecost was fully come, they were all with one accord in one place. 2 And suddenly there came a sound from heaven as of a rushing mighty wind, and it filled all the house where they were sitting. 3 And there appeared unto them cloven tongues like as of fire, and it sat upon each of them. 4 And they were all filled with the Holy Ghost, and began to speak with other tongues, as the Spirit gave them utterance.

They received holy spirit and manifested the proof and evidence of eternal life which is speaking in tongues.  There are also 8 other manifestations available which are listed in I Corinthians 12 7-11

Many Wonders and Signs were done by the Apostles in the days following:

Acts 2:38-43 - Then Peter said unto them, Repent, and be baptized every one of you in the name of Jesus Christ for the remission of sins, and ye shall receive the gift of the Holy Ghost. 39 For the promise is unto you, and to your children, and to all that are afar off, even as many as the LORD our God shall call. 40 And with many other words did he testify and exhort, saying, Save yourselves from this untoward generation. 41 Then they that gladly received his word were baptized: and the same day there were added unto them about three thousand souls. 42 And they continued stedfastly in the apostles' doctrine and fellowship, and in breaking of bread, and in prayers. 43 And fear came upon every soul: and many wonders and signs were done by the apostles.

Three Thousand people were born again in a single day!

“Jesus Christ left no reason for doubt that indeed he was risen.”
Signs, Miracles, and Wonders were seen and done by believers!
People were born again by the THOUSANDS!
Our God has not changed!
Posted by Rob Miller at 9:20 PM